Plastic surgery is more than plastic

Posted at 02:19h in Uncategorized by Dr. Vladimir Grigoryants 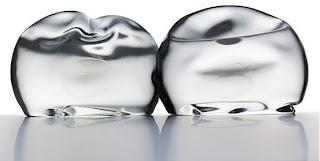 When speaking of the many great things about breast implants Beverly Hills patients most often mention the confidence boost they give. Achieving the beautiful figure desired by so many, being able to wear fitted clothes and swimsuits with confidence. But breast implants aren’t just for vanity. There is so much more to them than meets the eye. A woman by the name of Lydia Carranza is alive today because of her double D breast implants. Lydia was working at a dental office when her co worker’s husband opened fire at their workplace. The gunfire killed her coworker, and Lydia herself was shot twice in the chest. After the CT scans were reviewed it was observed that the bullet fragments lodged in her implants were millimeters away from her heart and other vital organs. Had it not been for her breast implants Lydia could have died or been much more seriously injured due of the shooting. This doesn’t mean that we should all go get breast implants Beverly Hills surgeons advise us not to get implants as a means to stop bullets, or in place of a bullet proof vest, but this does show one of the many great things plastic surgery has done.

These women are undergoing what is called a masectomy. Also used as a treatment for breast cancer, a mastectomy is performed to remove all breast tissue, leaving only the nipple and areola. Often during the same procedure, a breast implant is placed, in order to replace the breast tissue lost. A masectomy might not seem like an option for some of us but for others, it is an only option. By finding a skilled plastic surgeon Los Angeles breast cancer patients can look forward to the fact that they can still have a beautiful, shapely body, even if they’ve lost their breasts to cancer. Plastic surgery Los Angeles & beyond has helped both women and men with more than just looks. It has been proven over and over that plastic surgery can be implemented not only for shallow reasons, but also for self preservation.